Oy vey, where to fucking begin. I waited to read this series for several reasons, the main one being that the fourth book doesn’t come out until May 15th of this year. I heard this series was shit-your-pants amazing and patience is no friend of mine, so I knew I had to shelf the whole series until the last book release was closer. Fuck me running. I started the first book (Red Queen) at the end of December. It’s now March, and I’m halfway finished with the third book (King’s Cage). There’s a reason I don’t trust any human’s opinion on anything, and this is a PRIME EXAMPLE WHY.

The idea behind this series is dope as heck, but ya’ll got this girl’s hopes up. People were puking its brilliance all over the darkest corners of the interwebs when in reality, it’s just… a decent series. GASP. That’s right, I said it. This is also coming from a girl who has reread Harry Potter 97 times and has permanently deemed it untouchable, so take that for what it’s worth.

Quick little run down of the series. It’s the fUuUuUture, and there are two main income levels/social statuses. The poor people (they have red blood, boo) and the richy-rich (they got that silver blood, that good shit). The Silvers have magical abilities, like telekinesis and fire/water/element manipulation. The Reds are the worker ants of society and get shit on constantly. They’re normal people who barely survive a day at a time. Enter Mare Barrow. She’s a Red, she has red blood, but alas, this crazy bitch can manipulate electricity better than a toaster in a bathtub. People find out, shit gets weird, and that’s where I’m at currently.

Like I said before, the premise of this book is fantastic. Victoria Aveyard has a spectacularly creative mind and I would pay big bucks to bounce ideas back and forth with her. My issue was that I had so many people hyping this book up for Y E A R S that by the time I started it, I was expecting another earthshattering, magical series like my boy Potter. Not gonna happen. This is my own fault, I knew this was going to happen, why am I like this.

I would still give it a shot, but go into it without gargantuan expectations like I did. Everything is so much more enjoyable when you’re not expecting anything life-changing, you know? Buy the first book here, or go balls deep and buy the first two books here.

*Editors Note: there are four books in this series. I’m not including the two novellas written as well because novellas are garbage and can only dream of being big girl books one day like their adult counterparts.

Read the series? I’d love to hear your opinion of it. Yell at me a bit, slap me around some. It’s fun for me. 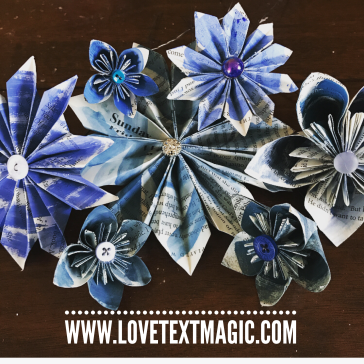 visit my shop! buy some shit.

I may not hit rock bottom but I'll sure slap the hell out of the walls. Lover of cats and all things furry/impassive. I'm not worried about the wrinkles around my smile: I prefer my puns intended and my laugh is funnier than my jokes.
View all posts by readwithg →
Aside | This entry was posted in Book Reviews and tagged author, book a day, book addict, book blog, book flowers, book of the day, book photography, book porn, book recommendation, book review, Book Reviews, book worm, bookaholic, bookporn, books, bookstagram, creative, fantasy, feminism, harry potter, hope, inspiration, lovetextmagic, magic, motivation, must love books, read, read everyday, read with G, read with me, readers of instagram, red queen, sarcasm, Victoria aveyard, writer, writer life, writers. Bookmark the permalink.